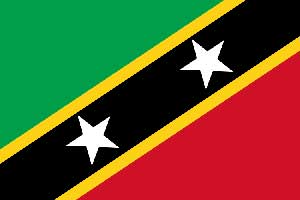 The flag of Saint Kitts and Nevis consists of a yellow-edged black band containing two white stars that divides diagonally from the lower hoist-side corner, with a green upper triangle and red lower triangle. Adopted in 1983 to replace the flag of Saint Christopher-Nevis-Anguilla, it has been the flag of the Federation of Saint Kitts and Nevis since the country gained independence that year.
The colours and symbols of the flag carry cultural, political, and regional meanings. The green alludes to the country’s fertile land, while the red evokes the fight for freedom against slavery and colonialism. The yellow stripes represent the sunshine the islands enjoy all year round, and the black epitomises the people’s African origins. The two stars on the black band symbolise Saint Christopher and Nevis—the two islands that make up the federation—as well as “hope and liberty.” The official meaning behind the flag’s symbols was formulated by Edrice Lewis, the same person who designed the flag. 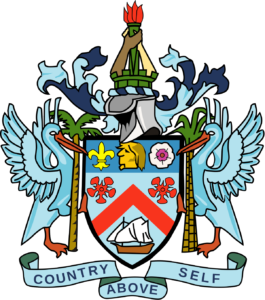 The Saint Kitts and Nevis coat of arms was adopted in 1983 and possesses the motto “Country Above Self”. The previous coat of arms, adopted in 1967 used while in federation with the island of Anguilla was nearly identical, except for coloration and the motto “Unity in Trinity”.
The centre of the coat of arms is dominated by a shield at the base of which is a lighter in full sail. The lighter is one of the traditional means of transportation. A red chevron is highlighted by two poinciana flowers.

At the top of the shield on the blue background is the head of a Carib, supported by the fleur-de-lis and a rose. The Caribs were the early inhabitants of the islands, and the fleur-de-lis and rose signify the English and the French influences. A helmet topped with the battlements of a tower appears with a flaming torch upheld by the hands of an African, European, and a person of mixed descent. The torch signifies the struggle and quest for freedom by a people of diverse ethnic origins, but united in purpose.

The shield is supported on either side by pelicans (the country’s national bird), with wings extended, displaying a sugar cane plant and the coconut palm tree, which are extensively cultivated throughout Saint Kitts and Nevis.

O Land of Beauty!
Our country where peace abounds,
Thy children stand free
On the strength of will and love.
With God in all our struggles,
Saint Kitts and Nevis be
A Nation bound together
With a common destiny.

As stalwarts we stand,
For justice and liberty,
With wisdom and truth
We will serve and honour thee.
No sword nor spear can conquer,
For God will sure defend.
His blessings shall for ever
To posterity extend.

In addition to its national anthem, adopted upon 1983 independence, St. Kitts and Nevis also has “God Save the Queen” as its royal anthem. 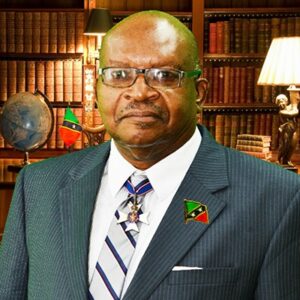 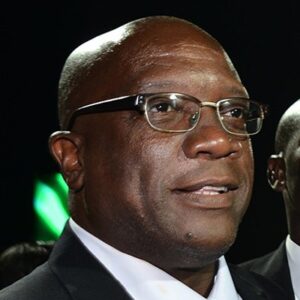 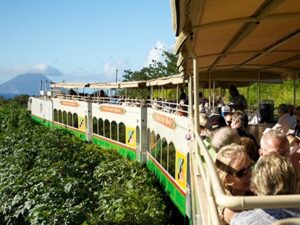 The narrow gauge St. Kitts Scenic Railway is one of the most beautiful train rides in the world. Originally built between 1912 and 1926 to deliver sugar cane from the fields to the sugar mill in Basseterre, the “Last Railway in the West Indies” now provides a fascinating way for visitors to see the island from the comfort of modern passenger train cars and sightseeing buses.
This unique rail and highway experience allows visitors to see the country in a very short period of time. Your tour conductor will point out all the sights as the train passes old sugar cane estates with abandoned windmills and chimneys. 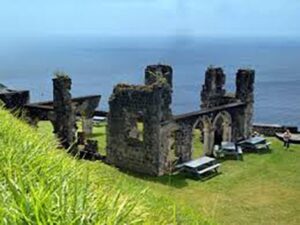 The Fortress, constructed intermittently between the 1690s and 1790s, is of singular importance as being the remains of a large, complete military community of the 18th century. As such, it is a veritable time capsule of international significance.
The prominent Citadel is one of the earliest and finest surviving examples of a new style of fortification known as the ‘polygonal system’.

Brimstone Hill is nearly 800 feet high with steep and precipitous slopes which had to be tamed by the disciplines of engineering and architecture, and at the risk and probable loss of human lives. The walls of the structures are predominantly of stone, laboriously and skilfully fashioned from the hard-volcanic rock of which the hill is composed. The mortar to cement the stones was produced on site from the limestone which covers much of the middle and lower slopes. The Fortress is virtually man-made out of the growth of the natural hill. 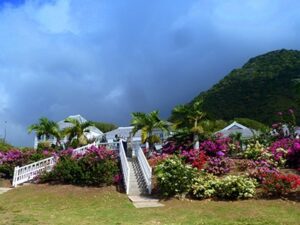 Enjoy a guided walk around the great house which is believed to have been initially built in 1701 by the French. This Great House has had many owners and inhabitants over the years, each leaving their mark and contributing to the unique history of the property. Stimulate your senses as you stroll leisurely through the tropical Botanical Garden filled with flowers, trees and shrubs with signposts providing interesting information about the plants in this tropical oasis. Keep an eye out for the monkeys venturing through the property to fill their bellies from the multitude of fruit trees on the property. Feel free to take a refreshing dip in our swimming pool or enjoy sun bathing on our pool deck. 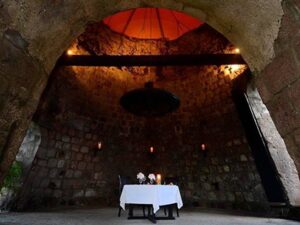 Mill Privée is a restaurant located within the Montpelier Plantation and Beach Hotel, Nevis.
For a memorable experience, enjoy an intimate candlelit dinner in this Nevis Restaurant. The 300 year-old sugar mill converted into the only restaurant of its kind in the world. The original mill is completely intact and the well-trodden floor and hand-cut round stonewall is wonderfully atmospheric. This unique Nevis restaurant offers a gourmet five course tasting menu created by our Executive Chef Dimitris A. Zouka. Romance and history, seize this breath-taking atmosphere at Montpelier. The sugar mill is also the perfect setting for a private dinner party in Nevis for up to 24 guests or an exclusive romantic dinner for two. 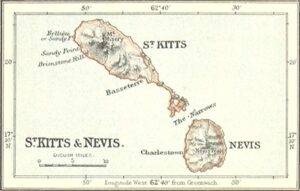 The development of political independence was the final link in a process of increasing autonomy for the Afro-Caribbean population of St. Kitts & Nevis that began in the early nineteenth century. In the eighteenth century, partly because whites feared the slave population, which outnumbered them nearly ten to one, slaves were treated harshly. Although forced to work long hours on sugar plantations, they managed to maintain limited gardens of their own. Some slaves escaped to the mountainous interior, where they set up small holdings and tried to succeed at farming and remain unnoticed. Over the years, former slaves established villages in parts of the interior not suitable for plantations.

When emancipation began in 1834, there were well-established Afro-Caribbean villages capable of maintaining elements of their traditional culture and developing a complex web of social relations.

Most inhabitants of the islands engaged in basic agriculture and lived very simply. Religion, particularly the Anglican faith, played a major role in education and the formation of concepts of respectability, with an admixture of African traditions centring on mortuary practices and holiday celebrations. By the early twentieth century, the British colonial government provided free basic public education and some amenities. Still, the situation of most islanders remained one of poverty with comparatively little social stratification based on wealth. Members of society who could sustain an elite status generally were connected either to religion or to education, and they maintained some visible material goods, such as a house and furnishings.

In the 1950s, the elimination of sugar and cotton production and an assortment of agricultural problems led to increasing waves of emigration, largely to Great Britain, Commonwealth members, and other English-speaking countries. Emigration resulted in significant changes that were accelerated by political changes in the mid-1960s, when Great Britain established the associated state of St. Kitts & Nevis, which became fully independent in 1983. Nevisians were unhappy with their connection to the numerically dominant Kittitians and agreed to independence only if they could retain the right to secede and have internal self-rule.