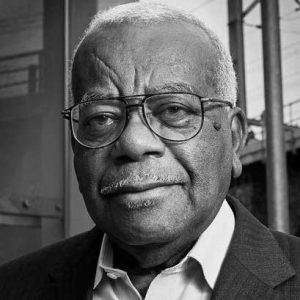 Trevor McDonald to most is a very familiar name. Sir Trevor McDonald, was born George McDonald in Trinidad. It was there that he started his career as a news presenter, radio reporter and sports journalist.

Sir Trevor McDonald was awarded an OBE in 1992 and in November 1998 he was knighted by the Prince of Wales for his outstanding services to broadcasting. He was once voted tie-man of the year.

One of Britain’s most recognisable broadcasters. He retired in 2005 but came out of retirement in 2007. McDonald quit again a year later. Since then he has made many hard-hitting documentaries, including ‘Inside Death Row’, and ‘Women Behind Bars’. Sir Trevor McDonald continues to bring truth and knowledge to the nation. He endeavours to give a voice to people that would not usually be heard. McDonald was the first reporter to interview Nelson Mandela when he was released from prison in 1990. He is also the only British journalist to have ever sat down with Saddam Hussein.

A true national treasure, by the time he retired, Sir Trevor McDonald had received more awards than any other news broadcaster in Britain. He has worked for BBC, Channel 4 and ITC and is noted for his speaking voice. McDonald also appeared in Coronation St in 1960, Bernard the Genre in 1991 and Johnny English in 2003. Sir Trevor McDonald, a face and voice well known by many, Caribbean1st absolutely salutes you.