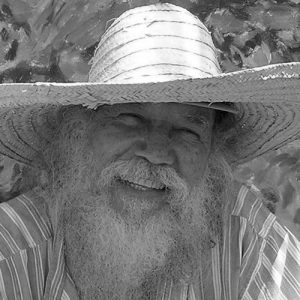 Born to a family whose French Caribbean heritage dates back to the 1700s, Sir Roland Richardson is one of the region’s most respected artists. Richardson’s pieces offer a unique view of West Indian culture. He is a ‘Plein Air’ impressionist, meaning that he often paints outdoors, on location. This is something which he has mastered, painting in oil and watercolours. He also does pastel drawings in charcoal and extensive fine print making.

Often referred to as the ‘Father of Caribbean Impressionism’, Sir Richardson is superb at recording his culture with his paintbrush and palette. Universities around the world are teaching aspiring artists about his contributions to Plein Air impressionism. With over 100 shows in museums, major trade centres and fine art galleries, Sir Richardson’s work has been exhibited extensively around the globe.

Sir Roland Richardson was knighted by Queen Beatrix of the Netherlands Antilles in 2007 for his lifelong artistic contribution. He also received the Life-time achievement award from the French government. At the 15th anniversary of the St. Martin Book Fair on 3rd June 2017, Sir Richardson was honoured with the President’s Award. Sir Roland Richardson was especially thrilled at being recognised by a St. Martin organisation. This is because he spent thirty plus years depicting the culture of his homeland in his work. He successfully portrays the glorious Caribbean landscape and lifestyle of its people.
As well as his dedication to the art of Plein Air impressionism, Sir Roland Richardson was also an environmental activist in the mid 80’s to early 90’s. He was also an editor for the ‘Discover’ magazine, writing on St. Martin’s history and culture. Richardson has always created pieces of everlasting brilliance. His art is a symbol of the region’s beauty and rich culture. Each piece speaks to the soul of the community, young or old.