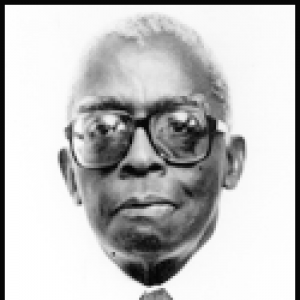 Sir Henry Edney Conrad Cain’s dedication and commitment to his country throughout his career was recognized in 1965, 1976 and 1986 when he was awarded the member of the British Empire and Knight Bachelor by her Majesty the Queen. One of his most recent honours came in 2006, when the Government of Belize decorated him with the Order of Distinguished Service.  Receiving his last public honour in 2006, when the Government of Belize honoured him along with a slew of other Belizean Patriots at the country’s 25th anniversary of Independence, decorating him with the Order of Distinguished Service.
In 1925 Sir Edney Cain assisted Monrad Sigfrid Metzgen in writing “The Handbook of British Honduras”, which comprises historical, statistical and general information concerning the colony of British Honduras, now Belize. Sir Edney Cain was very committed to literature having written a collection of poems in 1948 entitled “When the Angels Says.

Sir Edney Cain showed his character in the devotion to his family and wife of almost 57 years who was always by his side. Lady Cain, or Ma Leonie as she was known was his biggest supporter and providing a loving home which allowed Sir Edney Cain to undertake his public service and his diplomatic career with dignity and zeal.

After battling cancer for 8 years, Sir Edney Cain passed away at the age of 93 in his home in Belmopan on January 17th 2008. Five days later on January 22nd, a state funeral was held for him at the Wesley Methodist Church in Belize City. Sir Edney Cain devoted 51years of his life to help repair his country’s economic status and foreign affairs. His most celebrated quality was his quiet disposition. He was like a guiding light for many and will be remembered fondly as being quick and sure.

He was a remarkable man who loved Literature, and was devoted to making his country stand tall. Caribbean 1st absolutely salutes you.