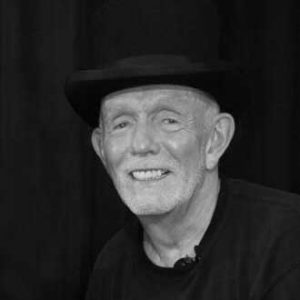 Peter Minshall was actually born in Georetown, Guyana, but moved to Port of Spain in Trinidad at a young age. Minshall’s artistic talents were obvious from early. He made his first costume, the African witch doctor, when he was just 13 and living in Cascade. With this costume he won first place for originality at Auntie Kay’s Red Cross Kiddies Carnival.

Minshall trained at the Central School of Art and Design in London. He was heavily involved with fundraising for theatre productions while he attended Queens Royal College. Whilst in London, Minshall was one of the first to design mas for Notting Hill Carnival in the early 70s.

In 1976, Peter Minshall designed carnival costumes for Stephen Lee Heung. The band won Band-of-the-Year honours with ‘Paradise Lost’. He also designed for a band called Zodiac, which reached critical acclaim in 1979, when its presentation of ‘Carnival of the Sea’ won in all categories.

In 1982, Minshall returned to Trinidad, and was by then a well-known costume designer. In 1987, his work was displayed at the 19th International Biennial Exposition of Contemporary Art in Sao Paulo, Brazil and also at the Edinburgh Festival in 1993. Peter Minshall would design costumes for over 2,000 people in 30-100 different designs plus he would also make individual dancing mobiles for carnival. His dancing mobiles are perhaps what he is most known for. Peter Minshall wold create gigantic dancing puppets which were moved by a single performer. His most famous were Tan Tan and Saga Boy. The expressive kinetic movements were incredibly impressive and meant that Minshall was the foremost innovator of mas. Minshall felt that the costume and performer should be as one. The streets of Port of Spain became his stage during carnival.
Minshall won ‘Large Band of the Year’ 5 times but then took a break from competition from 2003-2005. He made a comeback in 2006 and won ‘Medium Band of the Year. Minshall’s carnival success gained him worldwide recognition. His work was displayed in Barbados, Toronto, London, France, Jamaica, Japan and America. Minshall designed and choreographed at many International events. These included the Opening Ceremony of the Summer Olympics in 1992 and 1996. Also, the 2002 Winter Olympics. Peter Minshall worked with composer Jean-Michel Jarre in the presentation of two concerts in Paris in 1992 and 1995 with audiences of 2 million and 1.5 million respectively. He was awarded the Trinidad and Tobago Trinity Cross for Art and Culture for the 1995 concert.

To Peter Minshall, mas is more than costumes, he believed it was a powerful social and spiritual statement. He is renowned for his artistic design, and his large 3D scale sculptures with the expressiveness of a live human performer. Peter Minshall, artist, designer, artistic director, The Masman, Caribbean1st absolutely salutes you.