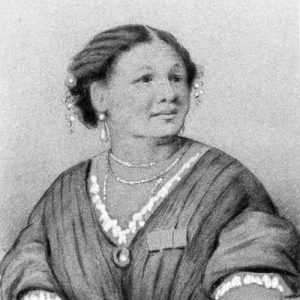 Mary Seacole was born in 1805, (apparently she kept the actual date a secret) in the beautiful island of Jamaica. Her father was a Scottish soldier and her mother was Jamaican. Her mother ran a boarding house for invalid soldiers and their wives to rest after they had been ill. She was a big believer of herbal medicine and treated many ill people. This spiked Seacole’s interest in nursing and caring for the sick. She played being a nurse with her dolls and pet animals and from age 12, she began to help her mother.

As well as caring for people, Mary Seacole liked to travel. She first visited Britain when she was 15 with relatives and stayed for about a year. Aged 18, she again travelled to Britain. Whilst on these trips she complemented her knowledge of traditional herbal medicine with European medicinal practices. Seacole also travelled to other parts of the Caribbean, including Cuba, Haiti and the Bahamas as well as Central America. Mary Seacole used her trips to Cuba, the Bahamas and Britain as business trips. She would buy herbs and spices and sell pickles and preserves that she made.

In 1836, Mary Seacole married Edwin Seacole, a British soldier, in Jamaica. Together they ran a store. Sadly, Edwin was a very sick man, Mary Seacole nursed him until his death in 1844. Following her husband’s death, Seacole turned her attention back to caring for the sick and she was very dedicated to it. After a fire in Kingston burned down the boarding house, she worked hard to build a new one so that she could continue to practice nursing. In 1850 a cholera epidemic broke out in Jamaica, Seacole risked her life to look after people who were sick with the disease.

Seacole travelled to Panama in 1853, where her brother owned a hotel and store. Mary Seacole decided she would open her own ‘British hotel’ for hungry gold minors, as many minors had flocked to Panama in hopes of getting rich. Seacole soon travelled back to Jamaica, but not long after she returned, she heard news that Britain would be going to war in Russia. Wanting to offer her skills, Seacole travelled to England to volunteer to be part of the team of nurses to travel to Crimea, Russia, with Florence Nightingale. However, Mary Seacole, having been interviewed was not selected to go. Many nurses were declined for a number reasons, however we are inclined to believe, that in Mary Seacole’s case it was due to racial prejudice. Undeterred, Seacole met with a good friend, Thomas Day, and they decided that they would fund their own trip to Crimea. Once there, the two soon realised that the soldiers were being neglected by the army, they were cold, hungry and dirty. Hence, Thomas Day and Mary Seacole set up a hotel near the war zone, Balaclava. Now by hotel we mean a shack made up of scrap metal. The hotel served hot meals and drinks, specifically catering for what the soldiers enjoyed, for example stew and rice pudding. They sold clothes and blankets and boots and saddles for horses. Not stopping there, Mary Seacole even visited the battlefield numerous times. Travelling on horseback with medical supplies and food, Seacole often tended to soldiers, from both sides, even when battles were still raging. She became known as ‘Mother Seacole’, she not only offered medical care, food and blankets, but also kindness.

The war ended in 1856, Seacole returned to England with ill health and bankrupt from the debt run up by soldiers at the hotel. Soldiers in London wrote letters to local newspapers praising her and her work during the war. The war reporter, William Howard Russell even wrote about her. The press highlighted her plight and in July 1857 a charity gala was held to raise funds for her, over 80,000 people are said to have been in attendance. With the money raised, Seacole was able to live a quiet and relatively comfortable life, sharing her time between London and Jamaica, where she would often go to escape the harsh British winters. Mary Seacole published her memoirs ‘The Wonderful Adventures of Mrs Seacole in Many Lands’ in 1857, from which we have learned most of what we know now. She was awarded a medal by Turkey for her bravery and in 1990 she was awarded a medal by Jamaica.

Mary Seacole passed away in London on the 14th May 1881. Her passion for what she did reflected in her will, where she left money to a charity for soldiers’ orphans. Mary Seacole did what few other women did in the Victorian age. She travelled, ran a business and went to war. Not forgetting having to battle with both sexual and racial prejudice, being a woman of mixed heritage. Therefore, even though she was technically ‘free’ she would have had few civil rights. She wouldn’t have been able to vote, hold office or enter into professions.

Mary Seacole was proud to be half Scottish and half Jamaican, and never let people’s prejudices affect her doing what was right. She risked her life to help others, even so, for almost 100 years she was forgotten. Her story almost wiped from history, particularly British history. It wasn’t until a number of Jamaican nurses decided to highlight her efforts and name a building after her, that she was remembered again. Mary Seacole helped everyone she met, she mixed medicine with kindness. A true historical black female role model, not just to nurses, but to us all.

A trust has been set up in her name, ‘The Mary Seacole Trust’. The trust originated as the Mary Seacole Memorial Statue Appeal, established in 2004. The organisation now aims to educate and inform the public about the life, work and achievements of Mary Seacole. Their intention is to build on her legacy by promoting fairness and equality and to diversify leadership in private and public services. They aim to do this by the implementation of their two programmes, as well as developing; the Trust website, an exhibition about Mary Seacole in the Florence Nightingale museum and working with the NHS to increase diversity in Senior management.

Even with all that Seacole did during her lifetime, especially making her mark in British history during the Crimean war, the celebration of her story still comes with some controversy. A 10ft bronze statue of her was unveiled outside St. Thomas hospital in London on the 30th June 2016. Making her the first public statue of a named black woman in the UK. Many opposed this as they did not like the fact that her statue had been placed outside the hospital which is said to have been ‘Florence Nightingale’s turf’. Now many of us especially those educated in Britain have learned about Florence Nightingale, how many were also taught about Mary Seacole? Need we say more? A decision to remove Mary Seacole’s story from the British school’s National Curriculum was made by the British Educational Minister, Michael Gove in 2013. After much uproar and a petition, he was forced to make a U-turn on this decision and instead Seacole’s story has been made more prominent, rightly so! It is evident that Mary Seacole committed her life to helping, caring and giving to those in need, often without payment and without thought of the risks to her own life.  Mary Seacole a pioneering nurse and heroine of the Crimean war, Caribbean1st absolutely salutes you