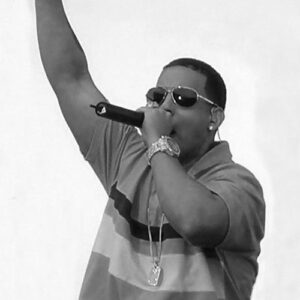 Ramon Rodriguez, commonly known by his stage name Daddy Yankee is a true pioneer in the music industry. He came from a musical background and began singing from an early age. As Rodriguez grew older he took interest in Spanish hip hop and got into Reggaeton as it was taking shape in the early 90s. Yankee began by playing at small gigs until he was noticed by Playero, a mixtape Dj and producer. Playero was to be one of his biggest inspirations and helped Daddy Yankee on his way to becoming the successful artist that he is today.

In 2005 he became the 1st artist to sign a deal with Reebok. Yankee also co owns a record label ‘El Carto Records’. He has worked in the film industry as a producer and actor.

Daddy Yankee is so much more than a musician. He is also a successful businessman, producer and talent scout. In 2007 he became a spokesperson for an environmental organisation in which their main aim was to promote recycling throughout Puerto Rico.

Ramon Rodriguez has been a prominent figure in the music industry and has worked hard to bring Reggaeton to the masses. Whilst doing so he has been involved in many projects to help his community and birth country. Rodriguez created a charitable organisation which works with young incarcerated people in Puerto Rico. The work Rodriguez does within his community does not go unheard by the young people he is trying to reach. He was presented with a ‘Latino of the Year Award’, by a student organisation from Harvard College in 2008. Rodriguez also part owns a Puerto Rican basketball team. He also participated in a campaign to promote general elections in Puerto Rico in 2008. The list goes on and on and it is evident to see that Ramon truly cares about the younger generation. He aspires to inspire young people and does so very effectively. Ramon Rodriguez, Daddy Yankee we admire the work you do within the music industry bringing us the sweet sounds of Reggaeton music. We are delighted to see that you also do so much for the people of Puerto Rico and beyond. You have never forgotten your roots. We at Caribbean1st absolutely salutes you.