“We have it all, it is just a matter of finding what you are looking for”

the wonderful island of Curacao 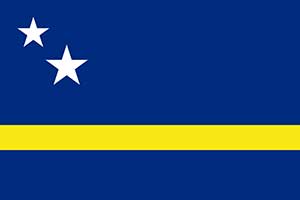 The flag of Curacao is blue, with a yellow horizontal stripe slightly below the midline, and two white stars in the upper left corner. One star is slightly larger than the other.  As with many Caribbean flags, the top blue background represents the sky and the bottom, the sea. Whilst the yellow depicts the sun. The two stars represent Curaçao and Klein Curaçao, but also ‘Love and Happiness’. The five points on each star symbolise the five continents from which Curaçao’s people come.

Let’s raise our voice and sing
the grandeur of Curaçao;
Curaçao, small island,
a boulder in the sea!

Curaçao, we love you
above all nation.
Your glory we sing
with all our hearts.

Our people have their struggle
but we always have our faith
to accomplish always
victory through labour!

Let us do our part
for the island’s prosperity.
Let us unite forces
so we can triumph.

(To) Out fatherland we demonstrate
honour and loyalty,
as to the flag
the union of our nation.

Our lives would be little
to give our country,
fighting united for liberty,
love and understanding.

And when we are far from home
we all recall
Curaçao, its sun and beaches
the pride of us all.

Let us praise our Creator
always and forever,
for He has made us worthy
to be Curaçaoan! 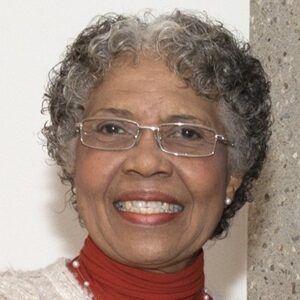 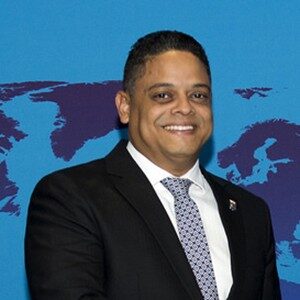 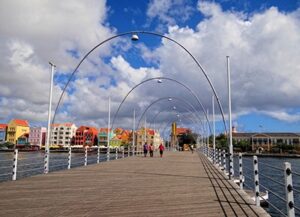 Built in 1888 by Leonard Burlington Smith, and named after Queen Emma (1890–1898), this bridge connects the Punda and Otrobanda districts.

16 floating pontoon boats support the “Pontoon Bridge.” Also known as the “Swinging Old Lady,” it swings open using two powerful ship motors, allowing ships to access the port. From 1901 to 1934, people had to pay a toll to cross the bridge — with the exception of pedestrians going barefoot. When the bridge is open to let ships from the harbour pass, pedestrians are transported free of charge by the ponchi, a small ferry.

The bridge was recently restored to its glory. All asphalt was taken off and replaced by original wooden boards and the pontoons were repaired or replaced. 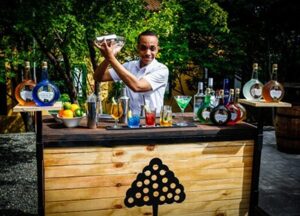 Everybody knows the Blue Curaçao Liqueur! At Landhuis Chobolobo, a 19th-century mansion, you can visit the Curaçao Liqueur Distillery where the exquisite Senior Liqueurs are produced. Go and experience the art and craftsmanship of the Senior Genuine Curaçao Liqueurs and learn about the history of Curaçao. Enjoy signature cocktails, locally-made ice cream, and original souvenirs. The distillery is a fun activity for the whole family. 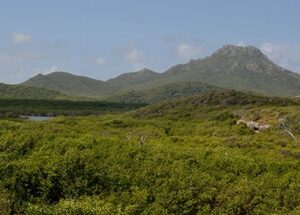 Christoffelpark is the largest national park of Curacao and a must see for everyone. The park has a rich variety of local flora and fauna. Nature lovers will find the park teeming with local birds and plants, including species, which are not easily seen elsewhere on the island. For example, wild orchids, the Palabrua , the rare native barn owl, the Curacao White Tailed deer (of which there are only about 250 left) and much more. 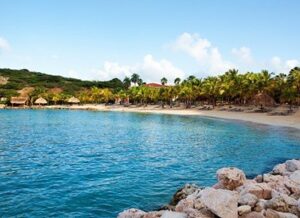 Blauwbaai or Blue Bay Beach is a shady beach just northwest of Willemstad, near the village of Sint Michiel, with lots of facilities. It’s popular with local families and visitors because of the soft white sand. The sea floor slopes gently from the beach, so children enjoy playing here. The beach is also very popular with snorkelers and scuba divers as an array of multi-coloured coal and tropical fish can be seen just a short swim away from shore. Swim a little further still and the entire ocean floor will be covered by beautiful coral and sponges. The beach has plenty of palm trees offering lots of shade. You can even get a nice massage as you relax on the beach! An admission fee is charged, but with so much on offer, you soon see why! 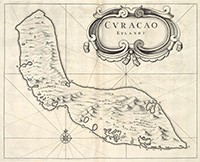 n many ways, Curaçao is the historical nexus of the Netherlands Antilles. The island, with its large and protected natural port, was charted before the 16th century and eventually became a major centre for mercantile commerce. It is the birthplace of Papiamentu (as it is spelled on Curaçao), the polyglot lingua franca of the ABC Islands which is spoken to an extent as far north as the Netherlands Antilles islands of Sint Eustatius, Saba, and Sint Maarten. And the island is, on another level, the birthplace of the famous liqueur, Curaçao, perhaps more well known in some circles than the island itself.

The history of Curaçao begins with Amerindian Arawaks. The Arawaks and their subgroups migrated from regions of South America some 6,000 years ago, settling on various islands they discovered as they embarked on a centuries-long northward trek. The group that ended up in Curaçao were the Caiquetios, who gave the island it’s name.

After the late-15th-century voyages of Christopher Columbus put the Caribbean, literally, on the maps, the area was wide open for European exploration. The Spanish soldier and explorer, Alonso de Ojeda, joined by the Italian Amerigo Vespucci, set out on a voyage (1499 – 1500) to chart much of the South American coast and, in turn, several offshore islands in the area. One was Curaçao. As an aside, disputed claims are par for the course when it comes to Vespucci. One of many stories has it that during his voyage with de Ojeda, a number of sailors on his ship came down with scurvy, whereupon he dropped off the hapless souls on Curaçao on his way to South America.

On his return, he found the sailors alive and happy, presumably cured by the abundance of Vitamin C-laden fruit on the island. He then is said to have named the island Curaçao, after an archaic Portuguese word for “cure”. Of course, Vespucci was Italian, not Portuguese, and de Ojeda was Spanish, but these stories seem to take on a life of their own, and are often much more fun than the real story. A more convincing theory is that the Spaniards called the island ‘Curazon’, for “heart”, and the mapmakers of the day converted the spelling to the Portuguese, Curaçao.

At any rate, soon after de Ojeda’s voyage, the Spanish began to arrive in larger numbers. By the early 16th century they had pretty well determined that the island had little gold and not enough of a fresh water supply to establish large farms, and they abandoned it. Finally, the Dutch West India Company, a quasi-private, government-backed company, laid claim in 1634. The company installed the Dutch explorer, Peter Stuyvesant, as governor in 1642, and he soon established plantations on the island, each with its famous landhuizen-structures that can still be seen today. The plantations foundered in various forms of agriculture, but some were successful in growing peanuts, maize, and fruits. They soon found their niche in the production of salt, dried from the island’s saline ponds. Within a few years after establishing the farming industry and some form of rule on Curaçao, Stuyvesant moved on to bigger shores.

With its deep port and protected shores, and with the establishment of several large forts, Curaçao soon became a safe place for the Dutch West India Company to conduct commerce. Chief among its endeavors was the trade of slaves from Africa, who then went on to the other islands of the Dutch West Indies and to the Spanish Main. It was during the slave trade days that the language ‘Papiamentu’ began to form. The language, a mixture of Portuguese, Spanish, Dutch, and African dialects, became the main This is very important because tramadol combined with some other medicines can cause serious consequences form of communication between slaves and their captors.

Also during this time, Jewish families from Amsterdam established settlements on Curaçao and attracted others from Europe and South America, fleeing from the remnants of the Spanish and Portuguese Inquisitions. By the early 18th century, the Jewish population in Curaçao had reached 2,000. In 1732, the community established the Mikve Israel Emanuel Synagogue in Willemstad, a structure that stands today. It is one of the oldest synagogues in the Western Hemisphere still in use.

During the early 18th century, the island’s deep port and strategic position attracted the British and French, who as always were busy in the Caribbean, fighting over various islands in desperate struggles to control the profitable trade routes and sugar plantations of the larger islands. Britain tossed out the Dutch twice, from 1800 to 1803, and again from 1807 to 1815. The 1815 Treaty of Paris settled a lot of disputes in the Caribbean, and it gave Curaçao back to the Dutch West India Company. Soon after the Dutch retook the island, it languished for a century. Slavery disappeared, and social and economic conditions were harsh.

In 1920, oil was discovered off the Venezuelan coast. This signalled a new era for Curaçao, and for its sister island in the ABCs, Aruba. The two islands became centres for distilling crude oil imported from Venezuela, and Curaçao’s Royal Dutch Shell Refinery became the island’s biggest business and employer. Immigrants headed for Curaçao, many from other Caribbean nations, South America, and as far away as Asia. During WWII, the Allies judged Curaçao and its refinery to be important enough, and strategic enough, to establish an American military base at Waterfort Arches, near Willemstad.

After WWII, Curaçao joined the rest of the Caribbean in a loud clamour for independence. What it got instead was a measure of autonomy as an entity within the Kingdom of the Netherlands. Curaçao, along with, Bonaire, Saba, Sint Eustatius, and Sint Maarten, became the Netherlands Antilles, with the administrative centre in Willemstad. Aruba separated from the other five islands on 1st January, 1986. Sint Maarten and Curacao became independent on 10th October, 2010 and the islands of Bonaire, Saba and Sint Eustatius became special municipalities within the country of the Netherlands.