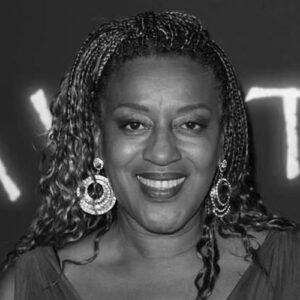 CCH Pounder was born Carol Christine Hilaria Pounder in Georgetown Guyana. Her names are all names of her female relatives; however, she much prefers to go by CCH Pounder. Pounder’s parents moved to the US whilst she was young and her and her sister were sent to a Convent Boarding school in Britain, where they were introduced to new subjects such as Art and Classics. Pounder joined her parents in New York once she had graduated high school. She went on to study at Itheca College and this was where her acting talents were discovered.

CCH Pounder began her career by playing roles in regional and classical repertory theatre. She played a role in the production of ‘The Mighty Gents’ alongside Morgan Freeman at the New York Shakespeare Festival. Pounder preferred warmer climates and so she moved to Hollywood in the late 70s. She continued her theatre work and appeared in productions such as ‘All that Jazz’ in 1979 and ‘I’m Dancing as Fast as I can’ in 1982. Before long, CCH Pounder moved onto TV work, and this soon became her most popular style of work. Pounder appeared in many highly acclaimed topical dramas such as: Common Ground (1990), Murder in Mississippi (1990), Funny Valentine (1999) and Boycott (2011). Additional TV credits include: Warehouse 12, Sons of Anarchy and Law & Order: SVU and NCIS: New Orleans.

Often casted as a confident, no-nonsense authoritative figure, Pounder is known for her understated intensity. She has had 4 Emmy nominations so far, for her roles in ‘The X Files’ and ‘ER’. The latter is actually set in Chicago’s Cook County Hospital, often abbreviated to CCH (just a fun fact for you!). Pounder also received a Grammy nomination for a spoken-word album in 1996. As well as this, Pounder has a MIB Prism Award, 2 Golden Satellite Awards and a Genii Excellence in TV Award and has been nominated for 7 NAACP Image Awards…we could go on. CCH Pounder has also featured in many films including: Home Again, Prizzi’s Honour, Robocop 3, Avatar and the psychological thriller, the Orphan. With a career spanning nearly 3 decades, CCH Pounder has been involved in an extensive list of projects. These also include narrations for Aladdin, PBS documentaries and a video game, ‘True Crime: Streets of LA’.

What really drew us to CCH Pounder however, was not necessarily her contributions as an actress, but more the ways she uses her success to put her in a position to give back. Along with all her acting work, CCH Pounder has found time to be involved in a variety of projects and causes. She is a founding member of ‘Artists for a New South Africa’ and serves on the Board of the African Millennium Foundation (AMF). Both are non-profit organisations committed to social and economic empowerment of the people of Africa, especially women, those living with or orphaned by HIV/AIDS and at-risk youth. Through AMF, Pounder works closely with the Tilla children in Mozambique. This large of group of children live on their own due to losing their parents to HIV/AIDS. Affectionately known as ‘mother’ to the children, Pounder supports them to lead the lives all children deserve, enough food, clean clothes and an education among some of the things the children were going without.

CCH Pounder married her late husband, Boubacar Kone, a Seneglaese Anthropologist in 1991. Together they owned an Art Space in LA called ‘Pounder-Kone’ Art Space. The pair also founded the Boribana museum in Dakar, Senegal. The focus was to collect and display art from African artists and artists from the African diaspora. The couple donated the Museum and its collections to the country in 2014. However, CCH Pounder continues to be an avid art collector. She spends a lot of time in her New Orleans Condo, which almost resembles an art exhibition. It is filled with stunning paintings, sculptures and mixed media pieces. Pounder always has her eye-out for upcoming artists aiming to support and promote them. She often holds dinner parties for artists and fellow art lovers. Pounder has always loved art as well as acting, however as she got busier with her acting roles, her adoration for art took a bit of a back seat. CCH Pounder recalls that her interest in art dates back to her childhood, her father had many carved ebony figures, one even became her good-luck charm that she would carry in her pocket to auditions.

Along with all that we have mentioned, CCH Pounder also creates one-of-a-kind jewellery. She used to own a jewellery shop called ‘Banji Girls’, but now pieces are sold through her website. Such an interesting and I’m sure busy woman. Pounder continues to bless us with her creative (in all forms) prowess. CCH Pounder, a strong and confident actress, an advocate of the arts, a Mother to many, Caribbean1st absolutely salutes you.