Fond Welcome to Locals and Visitors

the wonderful Island of Anguilla 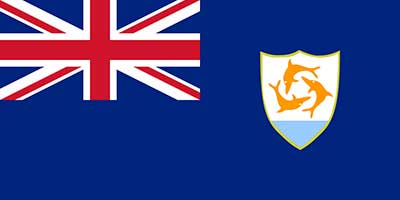 As a British overseas territory, Anguilla uses the Union Jack as its official flag.  The flag depicted is the unofficial flag of Anguilla. It was adopted on 30th May, 1990. It is the country’s fifth flag since 1957.

The Anguillan flag is blue with a British Union Jack flag in the top left corner and the coat of arms on the right. The country uses the British Flag in its flag, to represent the remaining connection between the island and Britain. The coat of arms consists of three orange dolphins on a white background with blue water beneath. 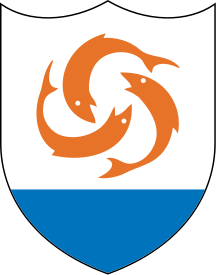 Anguilla’s coat of arms consists of three dolphins jumping out of the sea. The dolphins are orange, this symbolises endurance, unity and strength, which are the words used in the island’s motto. The circular motion represents continuity.

The white background of the coat of arms depicts peace and tranquility. The blue base represents the sea, as well as faith, youth and hope.

Nurture and keep her,

She stands midst the sea,

Oh land of the happy

Our lives and love

We give unto thee

With heart and soul

We’ll love her, hold her,

Dear to our hearts for eternity

We’ll march ever on

Long may she prosper

May glory and honour

Firm shall she stand, 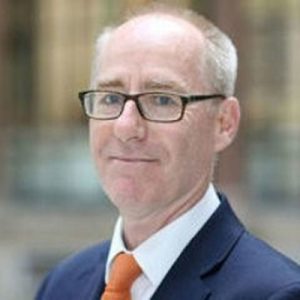 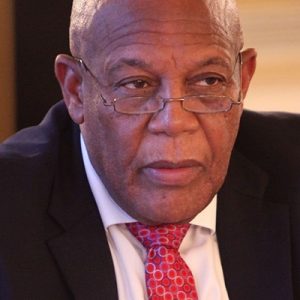 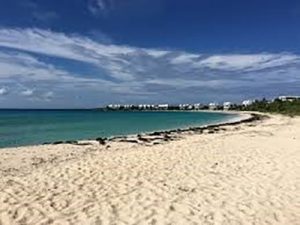 Home to bright beach bars, blinding white sands and electric turquoise seas.Umbrellas and beach chair vendors pitched along the beautiful stretch of warm sand. Patrons are attracted to snorkelling at the coral reef, scuba diving and glass bottom boat tours. While many of Anguilla’s beaches have been mentioned among the world’s best time and time again, none so much as Shoal Bay — “The world’s best beach”. 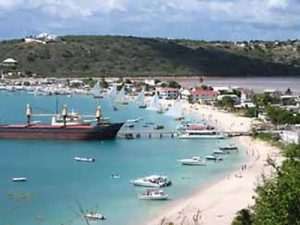 Sandy Ground is “the entertainment capital of Anguilla.”  A sleepy village by day, at night the imaginative beach bars, and fun and casual restaurants come alive with music, dancing and lively conversation.

At night the popular “Pumphouse” jams with dancing, drinking and fun, but by day The Old Salt Factory & Pumphouse is a historic site that showcases the once thriving salt economy.

During holidays, Sandy Ground hops all day.  Whether you come down to “lime” (hang out) or “mash sand” (dance), it is usually the place to be, and to be yourself. 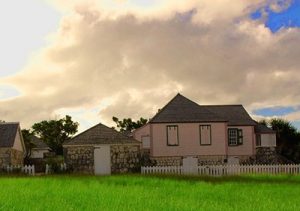 The only standing “Plantation House” on Anguilla, The Wallblake House is situated on the Western edge of The Valley next to Anguilla’s Catholic Church. The Catholic Church now uses the House as a rectory. Wallblake house is located across from The Old Cotton Gin, this part of our capital houses some of Anguilla’s more colourful and interesting architecture. 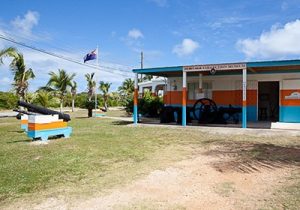 Colville Petty, O.B.E. is Anguilla’s historian and the curator of the island’s Heritage Museum. Mr. Petty has collected and preserved much of the island’s history, from the Arawak Indians to last year’s Calypso King’s photo. His collection is extensive, hands on and unique.  Mr. Petty’s museum is located by East End Pond. If you’re going to visit, be sure to call ahead.  His personal accounts, enthusiastic interest and vast knowledge of Anguilla make the experience very worthwhile.

Approximately 4000 years ago, the Amerindians first 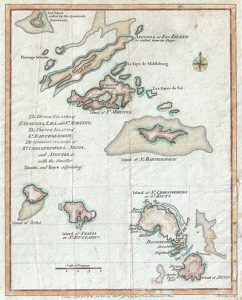 arrived from South America. Living off the sea and the land, they established farms and villages on Anguilla.

Over the following three thousand years, a succession of tribes and cultures called the island home. One such group was the Arawak people.

In 1650, English settlers arrived and colonised Anguilla. They established plantations where corn and tobacco were grown.

In 1666, the French took over the island for a brief period of time.  However, it was returned to Britain the following year under the Treaty of Breda.

Like most of the Caribbean, Anguilla was thriving as a plantation economy by the 1800s. Rum, sugar, cotton, indigo, fustic and mahogany were its chief exports. Unreliable rainfall made conditions for farming unfavourable. As a result, the size and strength of these plantations dwindled, and fewer people were employed.

30th May 1967 is celebrated annually as Anguilla Day, commemorating the repulsion of the Royal St. Kitts Police Force from the island. Britain intervened, and a peacekeeping committee was established. Debates over Anguilla’s secession continued to be negotiated for over a decade, and on 19th December 1980, Anguilla became a separate Dependent Territory with some measure of autonomy in government.

Anguillans today celebrate their independence and their heritage of strength, survival, and determination with Church services, uniformed parades, cultural performances and, of course, the traditional round-the-island boat race.