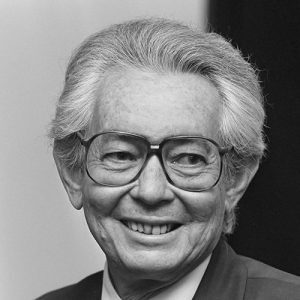 Albert Wathey, from St. Maarten was a prominent politician of the Democratic Party, he was born on the beautiful island of St Maarten in 1926. His family was an old Caribbean family of Belgian origin, from the city of Tongeren. Wathey earned the respect of his peers and was elected to the Parliament of the Netherlands Antilles in 1954, representing the three Dutch Windward Islands of Saba, Statia, and St Maarten. Under his administration, St Maarten was transformed and became a thriving tourism destination. Over 1 million visitors flocked to the island annually. Meaning the island soon had one of the highest per capital incomes in the Caribbean.

Wathey championed for political independence, for the island of St Maarten in 1989. However as expected his efforts were met with a lot of opposition. As a result, he was later convicted on charges of perjury. Many thought that this was a witch hunt conducted by his rivals and adversaries in Curaçao and the Netherlands. Their aim being to destroy his credibility and threaten his political strength. Nevertheless, Claude Wathey remained popular, even if somewhat controversial, and still is even after his death.

With any political campaign, Claude Wathey faced strong opposition, however his popularity was evident. Wathey won every election until 1990 and made a comeback in 1991 after a brief setback. Wathey resigned from office in 1992.

A man of vision who saw far beyond the horizon, he was a captain who steered his people on a course of progress and prosperity. Wathey expressed plans of expansion and modernisation for the harbour and airport facilities. His ideas were met with defiance as it was considered that his plans were too ambitious and costly. Ironically Wathey’s plans were later executed but unfortunately, he did not live to see them.

St. Maarten Harbor Holding Ltd., dedicated a statue to the memory of Claude Wathey. This was in recognition of a life of endless love and deep commitment to St. Maarten and its people. Wathey was also knighted by the Dutch Crown for his political longevity.

An extraordinary man and legendary leader, who was in government for almost 40 years. His ideas and vision set the island on a course of successive economic booms. A man of action and one of the most dominant political figures, Albert Claudius Caribbean 1st absolutely salutes you.